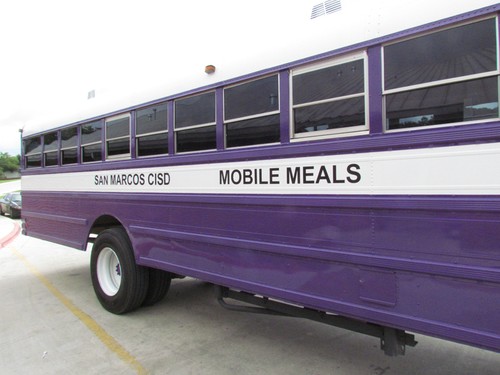 I remember the first time I talked to Mike Boone in 2011. Mike was and is the head of child nutrition for SMCISD. A very unassuming man, he spoke with passion and understanding about hungry kids and their parents. He told me he had money to feed kids in the summer but he couldn’t get the kids to his food. His idea was that he would take the food to the kids; he would customize an old retired school bus and make it into a mobile food delivery bus – purple and all. I thought my church could help gather some kids for the bus every day, so we held summer day camps in two neighborhoods for kids. 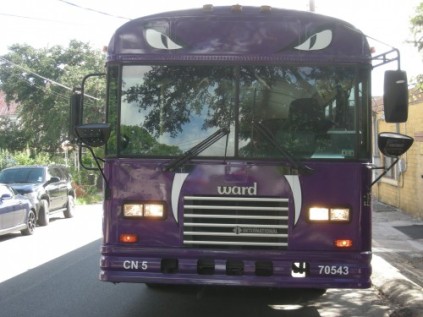 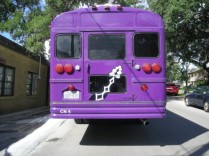 It was a wonderful partnership. Every day, our team of four to eight would hold a one hour camp of sports, or art, or music, or water fights, and then when everyone was exhausted, the bus would roll in and deliver lunch. There were days where we had eight kids, but there were days at the end of the summer where we had 30 or 40 kids. The relationships we made that year are a true treasure. One of the kids from that first summer liked my Facebook campaign site last week, and that endorsement means as much to me as any that I have received. And the members of the team were the best, and they are serving kids today as a SMCISD teacher, a non-profit leader, and as parents.

We renewed our partnership last summer and I hope we get a chance in the future to partner with the district and its programs. The best ideas aren’t always the grandest; they are usually a simple solution to a problem, but they are always the product of someone who has a heart for someone else who is hungry, or displaced, or otherwise in a bind. The purple bus is a great example. I think there are more opportunities out there for the district to reach out and engage with the community that it serves, and I hope to be a part of fostering those relationships from the school board.

Do you have a question or comment for John? Cancel reply

School Board ElectionsMay 5, 2018
Thank you for voting!